An Evening with Terry Crews

An Evening with Terry Crews

Terry Crews, perhaps best known for his action and comedy roles, has an impressive résumé of film and television work which includes Brooklyn Nine-Nine, White Chicks, Everybody Hates Chris, and stars in the wildly popular Old Spice commercials. Yet, there are motivational speakers, and then there are “motivational do-ers.” Terry Crews is the latter. This bona-fide powerhouse—actor, activist, best-selling author, former athlete, and beyond—has inspired countless individuals to “do something about it.” With a combination of radical honesty, effortless charisma, and infectious enthusiasm, Crews inspires audiences to overcome fear and shame, be honest, do the work, and live life to its highest potential.

Join Union Board for an evening with Terry Crews on Saturday, April 7 at 6:30 p.m. to discuss masculinity, diversity, hardship, and hard work in the entertainment industry and in America. A moderated Q&A will follow the discussion.

The Kingston Trio, an American folk group that helped start the folk music revival of the 1960s, performed at IU Auditorium in 1959 and 1964 #tbt
ANNOUNCING Celebrating Bob Dylan at 80 with Glenn Gass on June 29 at 8 p.m. ET. This online event will feature a presentation by Gass on the life and legacy of legendary singer/songwriter Bob Dylan, who celebrated his 80th birthday in May. The live event can be viewed on Zoom and will later be archived at IUauditorium.com/Livestreams. Link in bio to register.
#TBT to when the Vienna Philharmonic performed at IU Auditorium in 1956!
Congratulations to our Executive Director Doug Booher, who was presented with the IU Distinguished Service Medal yesterday by President Michael McRobbie. “Recipients of this medal are recognized for sustained distinction in their administrative work at IU over an extended period of time or notable contributions that improve the university in major ways.” Doug has been a leader in IU’s COVID testing and vaccination efforts in 2020-2021 which President McRobbie said, “was truly extraordinary.” Congrats, Doug!
"Courage cannot erase our fear, courage is when we face our fear." - Newsies
We were foruntate to host Dance Theatre of Harlem for a riveting conversation in February led by @iuaaai Dance Company director Baba Stafford. Visit our link in bio for a look at that livestream conversation. @iu_ovpdema
IU Auditorium bingo! Can you get five in a row?
#TBT to when the late congressman and civil rights activist John Lewis spoke on our stage in September 2015.
"Even the darkest night will end and the sun will rise." - Les Misérables
#TBT to IU Auditorium's 1957 postcard.
Thanks to you, we've hosted nearly 500 events with over 18,000 attendees in 2020–2021 at our Open Air Venues! Thank you all for your support!
Congratulations, IU class of 2021! We are so proud of you!
#tbt to the commencement procession to IU Auditorium in 1957!
We've really missed hosting events at the Auditorium this past year, but luckily our stage was still in use by students thanks to IU classes!
A flurry of events await at Open Air Venues this week. Join in and enjoy the end of the spring semester! Link in bio for full list of events. Rosegirl Farewell Show Today @ 6:00 p.m. Dunn Meadow MidWay Music Speaks Concert Today @ 7:30 p.m. 16th and Fess Greenspace BIPOC Bash Saturday, May 1 @ 5 p.m. HLS South Lawn Don't Call Me Betty Concert Saturday, May 1 @ 6 p.m. Prebys Amphitheater
#throwback to the first Little 500 in 1951! Did you know qualification days for the first Little 500 were held at the quarter-mile street that used to circle IU Auditorium?
All tickets have been issued for today's Step Afrika! performance. A standby line will be recognized beginning at 5:30 p.m. at Kinsey Hollow prior to the performance. Patrons in standby line will be given instruction for entering until capacity is reached. @iuunionboard
Happy IU day!! ❤️ 🤍 IU students: join your fellow classmates tonight at 8 p.m. for an evening of fun and laughs with comedian Wayne Brady to cap off the day-long celebration! Link in bio to register for this FREE livestream event.
THIS FRIDAY: IU Auditorium and @iuunionboard present Step Afrika! live at Kinsey Hollow, open to IU Bloomington, students, staff, and faculty. IU student dance groups @hoosherbhangra_iu, @diverseofficial_, and @unisonatiu will open the show, and there will be food trucks on site! Tickets are FREE and required for entry. Link in bio to get yours.
IU students: join the celebration of IU Day with comedian Wayne Brady this Wednesday, April 21! This free livestream event will feature the Emmy Award winner performing improv live from his studio in Los Angeles. Link in bio to learn more and register.
Don't miss a FREE live performance by Step Afrika! at Kinsey Hollow next Friday, April 23 at 6 p.m. ET! Link in bio to find out more and get your tickets. @iuunionboard
TODAY at 3:30 p.m. join us for the Horns of the St. Louis Symphony Orchestra live at Prebys Amphitheater! The free performance is open to IU students, faculty, and staff. For those who cannot attend in person, the performance will be available to watch for free live online at IUauditorium.com, and it will be archived at IUauditorium.com/livestreams to view after the event through April 20.
IU Auditorium and @iuunionboard are proud to present the world-renowned dance company @stepafrika for a FREE outdoor performance at Kinsey Hollow next Friday, April 23 at 6 p.m. Step Afrika! was founded in 1994 as the first professional company dedicated to the tradition of stepping and is now one of the top African-American dance companies in the United States. The live performance is open to all IU students, faculty, and staff. Tickets are required for entry. Visit our link in bio for more information and to get your tickets.
Announcing the Horns of the @stlsymphony live at Prebys Amphitheater next Tuesday, April 13 at 3:30 p.m. The renowned horn section will feature Roger Kaza (principal, W.L. Hadley and Phoebe P. Griffin chair), Thomas Jöstlein (associate principal), Tod Bowermaster, Julie Thayer, and IU alumna Victoria Knudtson. This FREE performance is open to IU students, faculty and staff. Tickets are not required, but seating is subject to Monroe County gathering limitations and all guests will be asked to register upon arrival. Can't attend? Watch the free livestream! Visit our link in bio for more information. 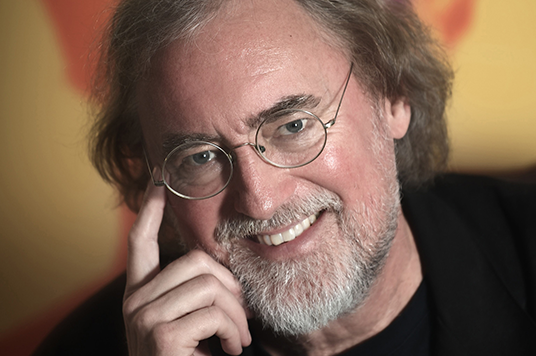