Celebrated as one of today’s most exciting and enduring orchestras, the Grammy Award-winning St. Louis Symphony Orchestra is the second-oldest orchestra in the country, marking its 142nd year with the 2021–2022 season and its third with music director Stéphane Denève. Widely considered one of the world’s finest orchestras, the SLSO maintains its commitment to artistic excellence, educational impact, and community connections—all in service to its mission of enriching lives through the power of music.

Their Bloomington performance will include James Lee III’s Chupshah! Harriet’s Drive to Canaan, George Gershwin’s Concerto in F, and Rachmaninoff’s Symphony No. 3. The program will feature pianist Jean-Yves Thibaudet, who has performed worldwide, recorded more than 50 albums earning two Grammy nominations, and built a reputation as one of today’s finest pianists.

Twice last year, members of the SLSO brass sections performed live on the IU campus at Prebys Amphitheater as part of the campus’ Open Air Venues initiative. The musicians also led masterclasses during their visits with students from the Jacobs School of Music. Next spring, the entire orchestra will also lead a residency with Jacobs students.

Join us this October as Emmy and Tony Award-winning actress and singer Kristin Chenoweth brings the concert from her limited Broadway run titled "For the Girls" to Bloomington as part of our 2021-2022 season!!
Broadway is back for the IU Auditorium 2021-2022 season! Don't miss your chance to see hit musicals Waitress, Beautiful, Anastasia, CATS, The Prom, and Jersey Boys!
It's Loyalty Points seat selection week! Loyalty Point members, this is your week to purchase and select your seats for the 2021–2022 season. Log in at your assigned date and time and get the best seats in the house! More info: IUauditorium.com/Subscribe
Beautiful - The Carole King Musical will finally make its Bloomington debut this December! Come see the Tony and Grammy Award-winning musical that has thrilled audiences with the inspiring true story of one woman's remarkable journey from teenage songwriter to the Rock & Roll Hall of Fame. If you're a current ticket holder, your tickets will be honored on the new date. If you would like to exchange your tickets to a different performance date or title, you may do so online at IUauditorium.com/exchange
Loyalty Point Members! Next week, July 19–23, you can purchase your 2021–2022 season tickets. Check your emails for details on when you can purchase and select your seats. More info at IUauditorium.com/subscribe
Attention Loyalty Point Members! Check your emails today as you'll be receiving your assigned date and time to purchase your tickets for the 2021-2022 season. If you have questions or did not receive an email call our box office at (812) 855-1103. For more on our new select your seats ticketing process, visit our link in bio.
"Dreams come and they go, but hold them and keep them and know that you need them" - Waitress. Come see Waitress at IU Auditorium this October as part of our 2021-2022 season!
New in 2021–2022: Select your own seats for subscriptions and pre-orders. All subscriptions and pre-orders will be made online to provide you the opportunity to select your own seats for the shows you want to see before single tickets go on sale. Loyalty Points members have the first chance to purchase tickets beginning July 19 and new subscribers can purchase beginning July 26. Link in bio to learn more.
Join us next Tuesday, June 29 at 8 p.m. ET for Celebrating Bob Dylan at 80 with Glenn Gass! This virtual event can be viewed on Zoom and will feature a presentation by Gass on the life and legacy of legendary singer/songwriter Bob Dylan. Link in bio to register.
IU Bloomington students, join our team! We're hiring part-time student box office clerks to work on the frontline of our operations selling tickets, processing orders, answering questions about events, and providing extraordinary customer service. Learn more and apply today by visiting jobs.iu.edu
The Kingston Trio, an American folk group that helped start the folk music revival of the 1960s, performed at IU Auditorium in 1959 and 1964 #tbt
ANNOUNCING Celebrating Bob Dylan at 80 with Glenn Gass on June 29 at 8 p.m. ET. This online event will feature a presentation by Gass on the life and legacy of legendary singer/songwriter Bob Dylan, who celebrated his 80th birthday in May. The live event can be viewed on Zoom and will later be archived at IUauditorium.com/Livestreams. Link in bio to register.
#TBT to when the Vienna Philharmonic performed at IU Auditorium in 1956!
Congratulations to our Executive Director Doug Booher, who was presented with the IU Distinguished Service Medal yesterday by President Michael McRobbie. “Recipients of this medal are recognized for sustained distinction in their administrative work at IU over an extended period of time or notable contributions that improve the university in major ways.” Doug has been a leader in IU’s COVID testing and vaccination efforts in 2020-2021 which President McRobbie said, “was truly extraordinary.” Congrats, Doug!
"Courage cannot erase our fear, courage is when we face our fear." - Newsies
We were foruntate to host Dance Theatre of Harlem for a riveting conversation in February led by @iuaaai Dance Company director Baba Stafford. Visit our link in bio for a look at that livestream conversation. @iu_ovpdema
IU Auditorium bingo! Can you get five in a row?
#TBT to when the late congressman and civil rights activist John Lewis spoke on our stage in September 2015.
"Even the darkest night will end and the sun will rise." - Les Misérables
#TBT to IU Auditorium's 1957 postcard.
Thanks to you, we've hosted nearly 500 events with over 18,000 attendees in 2020–2021 at our Open Air Venues! Thank you all for your support!
Congratulations, IU class of 2021! We are so proud of you!
#tbt to the commencement procession to IU Auditorium in 1957! 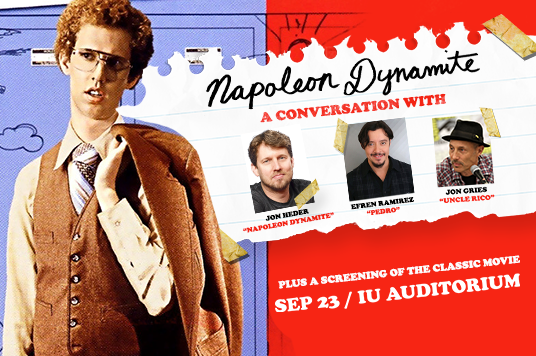 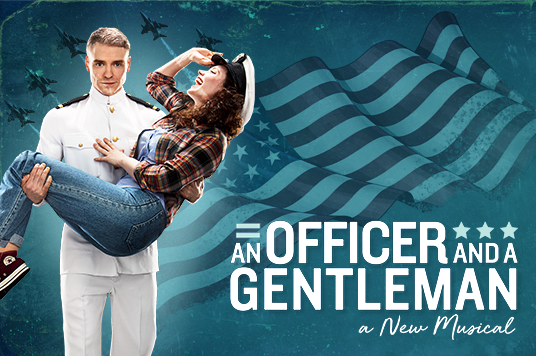 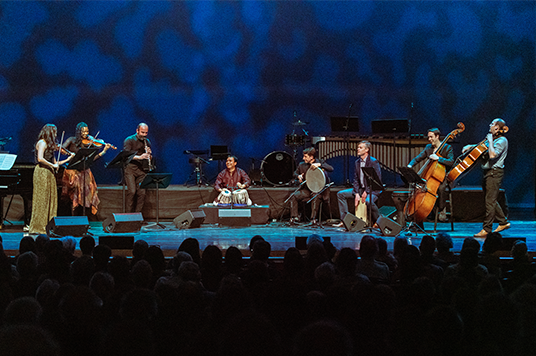