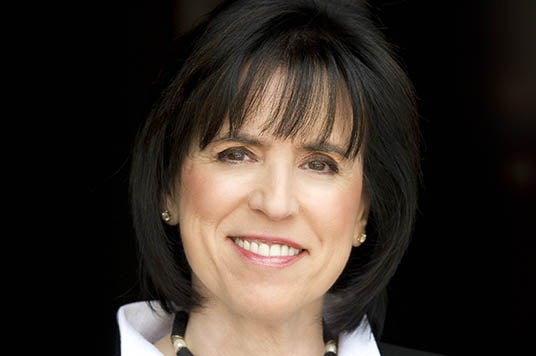 BLOOMINGTON, Ind. – IU Auditorium is proud to announce its next Facebook Live and Zoom Q&A event with four-time Tony Award-winning producer and IU alumna Harriet Leve on Thursday, September 24 at 8 p.m. ET / 7 p.m. CT. The event will go live on IU Auditorium’s Facebook page and will also be available through Zoom.

Leve has co-produced smash hits including STOMP, Beautiful – The Carole King Musical, Ain’t Too Proud – The Life and Times of The Temptations, and An American in Paris. The September 24 Q&A event will feature a conversation on her time at IU Bloomington and how she’s went on to great success as a Broadway producer. Questions from viewers are encouraged and will be asked live during the event.

Other recent Broadway production credits for Leve include Of Mice and Men starring James Franco and Chris O’Dowd, Ann written and performed by Holland Taylor, the musical Nice Work If You Can Get It starring Matthew Broderick and Kelli O’Hara, the hit comedy One Man Two Guvnors starring James Corden, War Horse, Alfred Hitchcock’s 39 Steps, and Alan Ayckbourn’s Norman Conquests.

Leve was one of the lead producers on the critically acclaimed large-format motion picture Pulse: A Stomp Odyssey, which garnered the Giant Screen Theater Associations Film Achievement Award. She is an executive producer on the film Radium Girls starring Joey King and Abby Quinn and the film A Call to Spy starring Stana Katic, Sarah Megan Thomas, and Radhika Apte.

She is the lead producer on the 40th Anniversary production of Last Summer at Bluefish Cove, which was to have its production on Broadway in 2020. The play is directed by Cynthia Nixon.