BLOOMINGTON, Ind. – The Indiana Memorial Union Board is proud to present comedian and actress Tiffany Haddish at IU Auditorium on Saturday, September 28 as part of IU’s Bicentennial kickoff celebration.

With multiple high-profile and buzzworthy appearances to her name, Haddish has quickly established herself as one of the most sought-after comedic actresses and performers. She is currently playing opposite Tracy Morgan on the TBS comedy series The Last O.G. and is perhaps best known for her breakout role in the smash comedy Girls Trip alongside Jada Pinkett Smith, Queen Latifah, and Regina Hall.

This fall, Haddish will serve as host of the reboot of Kids Say the Darndest Things on ABC and additionally will be seen as host and executive producer of the upcoming stand-up comedy collection Tiffany Haddish Presents: They Ready to be released on Netflix. She will also release her own stand-up special for the streaming platform later this year.

“Tiffany Haddish’s comedy goes beyond the boundaries of what is believed can be done with stand-up empowering communities and other comics alike,” said Union Board Director of Comedy and Entertainment Seth Blunt. “From appearing in films like Girls Trip and Night School, and appearing on They Ready on Netflix, Tiffany goes out of her way to be more than a stand-up comic. But when it’s time for her to perform on stage, it’s never disappointing.”

In November 2017, Haddish made history by becoming the first black female stand-up comedian to host Saturday Night Live, earning her an Emmy for “Outstanding Guest Actress in a Comedy Series.” Her first book, a memoir called The Last Black Unicorn, was released the following month. The book made The New York Times Best Sellers List and the subsequent audiobook, narrated by Haddish, was nominated for a 2019 Grammy Award for “Spoken Word Album.”

Haddish’s journey and life experiences have inspired her comedy and sense of humor both on and off stage. While growing up in foster care in South Central Los Angeles, her excessive talking and imaginary friends prompted her increasingly flustered social worker to steer her into stand-up by enrolling her in the Laugh Factory’s Comedy Camp, a place for at-risk and underprivileged children, to transform negative energy into something positive. The experience was just the beginning of her comedy career.

Tickets go on sale at 10 a.m. Friday, September 6 at IUauditorium.com and in person at the IU Auditorium Box Office. 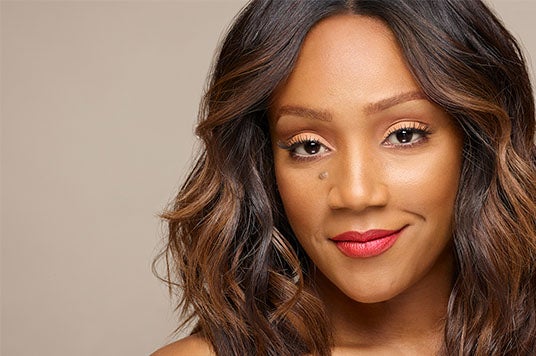