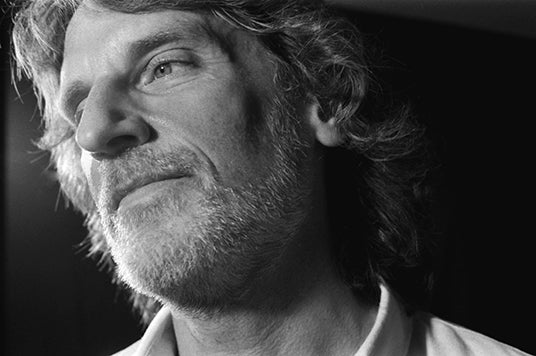 Hollinden, a 1988 graduate of Indiana University, has taught courses at IU since 1992. He has and continues to lead classes on the history of The Beach Boys, Jimi Hendrix, Frank Zappa, and the blues genre, to name a few.

Hollinden got his start in teaching at IU almost by accident. While performing with his college band in 1987, he saw Dr. Glenn Gass (recently retired Rudy Professor and Provost Professor of Music) in the crowd. He approached Gass after the show and said if he ever needed an assistant for his rock n’ roll classes, let him know. Well, it turned out Gass needed a teaching assistant, and Hollinden went on to begin his Music Composition master’s degree so he could be a part of IU’s rock history courses.

In 1992, Hollinden took over his first full-time class with The History of Rock n’ Roll course at IUPUI, which focused on the music of the early origins of rock n’ roll. During this time, Hollinden developed a companion course that covered rock music of the 1970s and 1980s; that course launched in 1994 and was filled to capacity at both Bloomington and Indianapolis campuses.

After teaching Gass’ Music of the Beatles in 1995, Hollinden then developed a similar course for the music of Frank Zappa. He later would develop the courses that are still taught for Jimi Hendrix, History of the Blues, and The Beach Boys.

In 2006, he was appointed to Senior Lecturer in Music in General Studies. He has taught over 25,000 students so far with the goal to make music more understandable, enjoyable, interesting, and important to the average person. His classes continue to fill to capacity on a regular basis.