February 13 / 2020
Laverne Cox
Presented by the IU Arts and Humanities Council as part of the Indiana Remixed festival.
Buy Tickets

With various ‘firsts’ in her already impressive career, alumna Laverne Cox is a three-time Emmy-nominated actress, Emmy-winning documentary film producer, and a prominent equal rights advocate and public speaker.  Laverne's groundbreaking role of Sophia Burset in the critically acclaimed Netflix original series Orange is the New Black brought her to the attention of diverse audiences all over the world. This role led to Laverne becoming the first openly transgender actress to be nominated for a Primetime acting Emmy.

An artist and an advocate with an empowering message of moving beyond gender expectations to live more authentically, Laverne is the first openly transgender person to appear on the covers of TIME, Cosmopolitan, and Essence magazines among others. She was named one of Glamour magazine’s 2014 Women of the Year.  Laverne also proudly holds two SAG Awards, winning them with her Orange Is the New Black castmates.

Laverne will appear at IU Auditorium as part of the Indiana Remixed festival, presented by the IU Arts and Humanities Council.

A new friend recently moved in and it makes its debut this evening with the @mn_orchestra. The program begins at 8 p.m. tonight. @steinwayandsons
For TODAY ONLY, get 25% off The Color Purple tickets by using promo code: PURPLE25 Get your tickets now at the link in our bio! 🎟️
Ticket Giveaway ‼️ Tag a friend you want to bring with to the Minnesota Orchestra on January 22nd, for a chance to win two FREE tickets! Contest ends tomorrow (1/14) at 11:59 PM! Good luck! 🎼 #iuauditorium #freetickets
Hear from some of the talented kids from Les Misérables and don’t miss your chance to see the global phenomenon Feb. 4-9! 🎭 Get your tix now at the link in our bio! #theatre #LesMiz #iuauditorium
Les Misérables has an amazing score/soundtrack with songs such as, "Master of the House" and "I Dreamed a Dream"! ✨ What's your favorite song from Les Miz? Comment below 👇 Get your tickets now at the link in our bio! #LesMiz #theatre #iuauditorium
The Grammy Award-Winning Minnesota Orchestra and renowned pianist Juho Pohjonen are just ONE month away! 🎵 Get your tix at the link in our bio! #orchestra #music
Due to IU’s Winter Break, our Box Office will be closed December 21st through January 12th! But, you can still get tickets 24/7, online at the link in our bio! 🎟️
“One Day More” of finals, Hoosiers! You can do this! 💪 #LesMiz #finals #iuauditorium
A huge thank you to members of @sncmusic for answering questions from Edgewood Junior High show choirs and allowing the kids to perform for them this afternoon as part of our Auditorium Kids on Campus programming. #iuauditorium #music #indiana #iu #hoosiers
Looking for holiday gift ideas? Get your friends and family tickets to any of our upcoming shows including Les Misérables and Minnesota Orchestra! 🎁 Tickets at the link in our bio! #gifts #theatre #music
Students! Want to see Straight No Chaser this Friday for ONLY $20?? Then use promo code: SNCSTUDENT and get your tix now at the link in our bio! 🎟️
A cappella sensation Straight No Chaser will be here THIS Friday at 8 PM! Get your tix now at the link in our bio! 🎤 #acappella
The Viola Davis Jan. 20th 4:00 PM lecture has been moved to Assembly Hall and 2,000 additional tickets have been released! Visit the link in our bio for tickets!
Ticket giveaway ‼️ Watch this video and comment your guess below for a chance at winning two FREE tickets to Straight No Chaser on December 13th! Contest ends tomorrow (12/4) at 11:59 PM. Good luck! 😊
This Cyber Monday, get 30% off Les Misérables tickets for today only! Click the link in our bio and use promo code: COSETTE Get your tix now! 🎭
Black Friday = No Fee Friday! For today ONLY, there will be no handling fees on tickets purchased online at the link in bio! 🎟️ Act fast!
Happy Thanksgiving! Here's another Singing Hoosiers spotlight: Riley Sample ⭐ Being a member of the Singing Hoosiers has been a life-long dream of mine. I grew up hearing countless stories from my father, a Singing Hoosiers alumnus. Seeing the impact it has made on him as well as the life-long friendships he created during his time as a Hoosier solidified my dream of one day being a part of the Singing Hoosiers at a very early age. Being a member of this group not only allows me to embrace my passion for music and singing, but it has given me over eighty best friends who share the same love and passion for music as I do! The Chimes of Christmas has been the show that I have looked forward to the most since becoming a Singing Hoosier. I have watched this show from the audience for the past three years, and it is truly unexplainable. The energy, cheerfulness, and the holiday spirit make this show memorable and simply beautiful. I am so grateful to be a Singing Hoosier, and I cannot wait to continue making connections with audiences through music!
Ticket giveaway! ‼️ Want to win two FREE tickets to Chimes of Christmas on December 7th?? All you have to do is comment below your favorite holiday song! Contest ends tomorrow (11/27) at 11:59 PM! Good luck! 😊
Our Box Office will be closed next week due to IU's Thanksgiving Break, but www.iuauditorium.com (link in bio) will always be open! Have a great break students! 🦃
Singing Hoosiers Spotlight: Chris Sciortino ⭐ Being a part of Singing Hoosiers this year has been one of the best things to happen to me. I'd heard about Singing Hoosiers and their stunning performances through my parents, friends from high school and even my academic advisor, so I knew right away that I wanted to audition. The minute I walked into the audition room, I realized there was something special about the group. I have been amazed at everyone's kindness and compassion they share with each other, along with their excitement to learn and perform together. I feel like Chimes of Christmas is the ultimate culmination of this Hoosier spirit where we get to showcase all of Singing Hoosiers (including our amazing vocal jazz and a capella groups), sing with our alumni, and get everyone in the auditorium involved in the holiday spirit. I can't wait to share my first experience of Chimes of Christmas with the rest of this amazing group!
STOMPing into Tuesday! 🙌 Get your tickets to see the touring production of STOMP this Thursday at the link in our bio! #percussion #rhythm
New show announce ‼️ IU Auditorium presents Napoleon Dynamite: A Screening and Conversation with Jon Heder, Efren Ramirez, and Jon Gries on April 3, 2020! Tickets on sale this Friday, November 15th! More info at link in bio!
Ticket giveaway ‼️ Want to win 2 FREE tickets to STOMP? Tag who you want to bring with in the comments below!
Want to win 2 FREE tickets to Potpourri of the Arts this Saturday, November 9th? All you have to do is tag who you want to bring in the comments below! Contest ends tomorrow (11/6) at 5:00 PM! Good luck 😊

A brand-new production of one of Broadway's all-time best musicals. 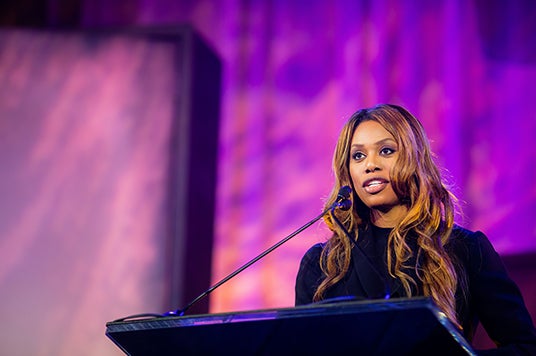 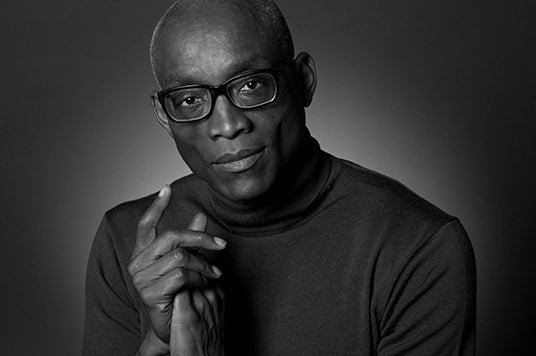 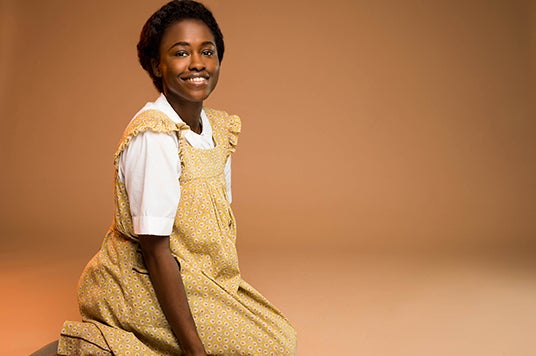 A young woman’s journey to love and triumph in the American South. 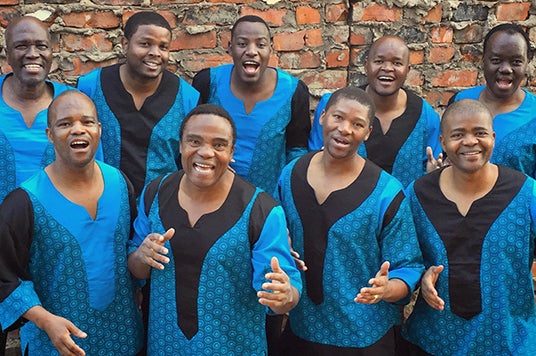 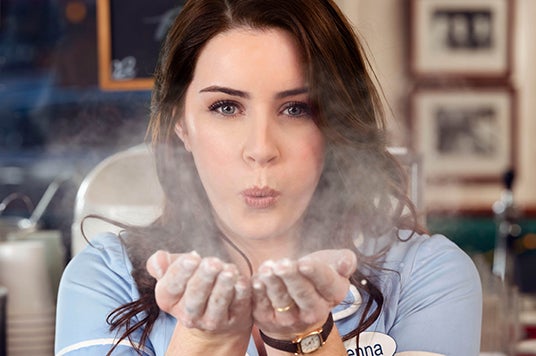 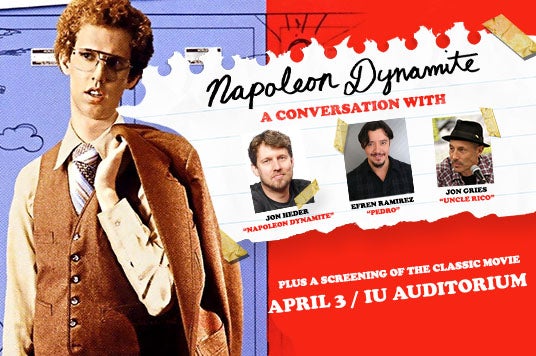 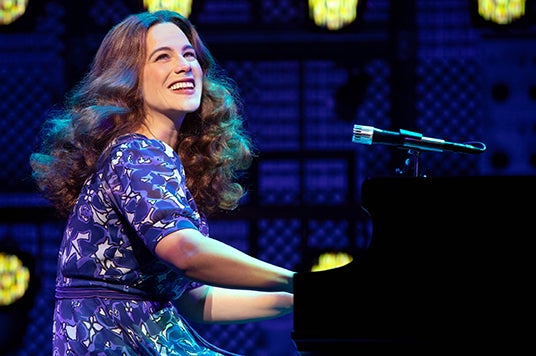